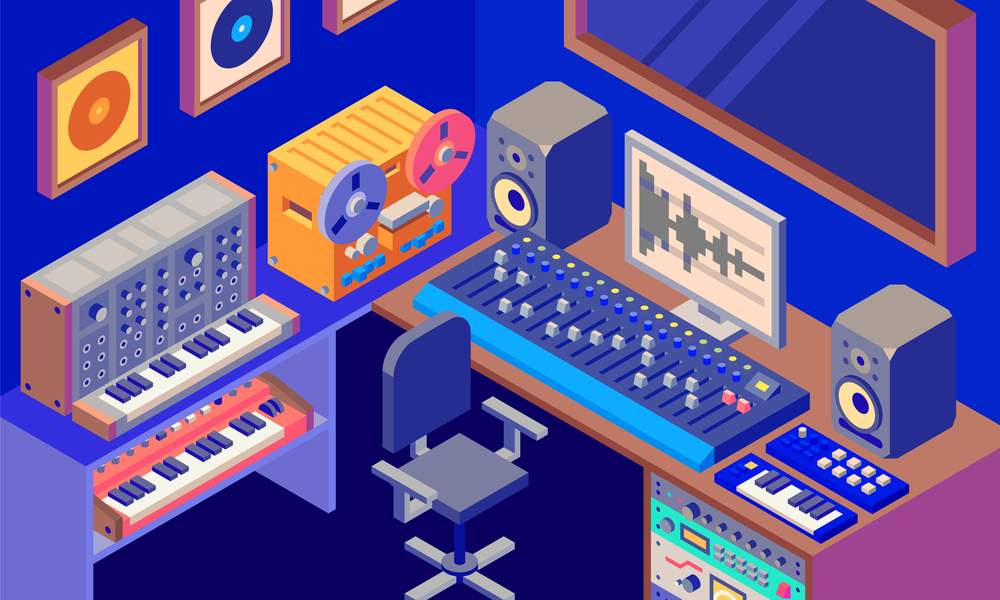 The best beat making software saves you the trouble of getting professional beat making gear before you’re ready, all you need to make use of this software is your computer, headphones, or a studio monitor, even a built-in speaker would work.

What are some of the best beats making software of 2022?

When it comes to the best beat making software, you have a whole lot of options to choose from, depending on the different types of software out there and the kind of beat you want to make; there’s a software for everyone online, and there’s also the kind that would fit experts more, and the one’s that are just right for beginners.

Imagine-line FL studio 20 is known to be one of the most popular and best beats making software out there, it has been used by a lot of well-known people and it could be used by both beginners and people who have their way with keyboards and mouses when making beats.

The cost of this best beat making software goes from $99.99 to $899.00, with each plan comes a different set of features all together, so the higher the plan, the higher your chances of getting more impressive features.

Magix music maker has all that you need as a beginner, it is also a great tool for people who would just like to dip their hands in the beat making world just for fun, it also happens to be a great tool for Disc jockeys who don’t want their beats to get too technical.

It has a free version

Maschine is a great choice for people who want to make electronic based music, it is better than other beat makers in that sense and it will allow you to take your production game to a much higher level than you could even imagine.

It costs $29.95 for the standalone plan, other plans cost from $39.95, with additional tools that have extra costs.

Best beat making machine you can use for free

Splice sounds is not only a very popular software, it also has a free trial that allows you to create the best beats online, all you have to do is play around with various sound effects and various drums to produce the beat of your choice, they also have a royalty free sample library for an even wider variety of sounds.

It has a free trial that allows you create beats but there is also a paid plan that costs $7.99 for a monthly subscription.

Soundtrap has one feature that other beat making software probably lack, this feature is the musical typing feature; it allows you to make your beats straight and live from the keyboard of your laptop, it also has a sound library where you can get all the samples and instrument loops you’ll need.

Gismart is a great beat maker for people who are always on the move, it makes use of a grid system to help you create your beat, it is a great software for people who want to learn how to make beats because the interface is not only intuitive but also easy and friendly.

This is a free best beat making software, you get more than enough features without having to pay any prices whatsoever.

Intua is another great beat making software, it is very useful for professional producers that need a studio with everything they need, all on their phone or tablet. It is a great software that will allow users create tracks that sound just as professional.

The price is $24.99 and it is regarded as a one-off purchase, this is fair based on all the high-tech professional features it has.

The one thing Serato studio prides itself on is being simple and very fast to make use, this software has premade drum patters and some other features that ensure the fastest workflow for users. It is a great choice for DJs, it ensures that they enjoy a quick and easy way to record all their ideas in the fastest possible time and with as much reliability as possible.

It has an annual monthly subscription that costs $9.99, this is a pretty affordable and fair price considering the number of features you’d get.

The Best beat making software for your fingertips

ROLI beatmaker is priced a 279.95 Euro, the subscription comes with added benefits like a 6-month subscription to melodics.

OrDrumBox is one of the best software for beat making because it focuses on auto composition, this means that it has the ability to compose baselines, melodic patterns and it can also complete songs, it is a complete package for people who want to create the best kinds of beat in the quickest time possible, and it doesn’t hurt that it is free as well.

Software for every kind of beatmaker

GarageBand is one of the best beat making software because it fits the bill for almost everyone, whether you’re a beginner, a professional or even an average beat maker, it has a lot of features and it is an incredibly intuitive software.

GarageBand offers so much features without a price tag.

LMMS is another free beat making software, it has everything a beat maker would need to make the most professional beats, it has been designed for musicians by musicians, so there will surely be essential features that every musician could make use of.

Best beat making software with a ton of features

Apple logic pro is a great option for creating the best beats, it is a software that works for apple only and it comes at an affordable price and it has so many features that will work greatly when it comes to making the best beats.

Waveform makes it to the best beat making software list because it offers a lot of great features at no cost at all, it is great for every kind of beat maker including professionals, it has no restrictions whatsoever and the interface is also pretty great as it is streamlined.

MuseScore is just another beat making software that stands out in a lot of ways, it has a user interface that isn’t only easy to use, it is also aesthetically pleasing. Asides that, it rounds up a number of features that will definitely be useful to all the music producers that are making use of its service.

You could make use of the free version and still get the best out of this best beat making software, however, there is also the pro version which costs $49.

Offers a simple UI with a lot of functionality

One thing you can rely on when it comes to this drumflow is the functionality it brings to the table, this best beat making software may not have a top-notch user interface but it still does well in bringing musical beats to life.

Hammerhead is another best beat making software that works incredibly well for different kinds of producers, it is even better for people that are new to the world of beat making as it provides a bullet proof guide on their journey to becoming pros.

This software is free and this is another reason why it is one of the best beat making software you can find on the market.

Sonic producer may not be one of the top dogs when it comes to all the best beating making software there is out there, but it still happens to bag a lot of features that makes it a great candidate for people who have to decide what beat making software to go for.

This software could be used for the price of $34.99, this price offers you basic level beat making which isn’t so bad.

BTV solo is just another best beat making software that offers the best features and the best beats to music lovers, it allows users to create beats, they could even customize songs that are already in existence and they have a lot of room to make edits.

This software goes for $10; this is a fair price based on all the features it has to offer.

Ableton live is one of the best beat making software out there because it is a perfect software for people that are into creating EDM: it has electronics drums, synth plugins and other musical instruments that will be helpful in creating the best EDM music, it is also a great choice for producers who would like to take their arrangement to the stage

The interface allows users to make use of this software easily, it might look a little bit different from other software at first but with time you could get used to the entire system and make beats in the most productive way.

It has a customization feature that will enhance your workflow even better, the feature makes everything more organized, and there’s also a collection panel that has color coded filter folders where you can place your work or sample.

Which beat making software is best for beginners?

There are so many beat making software to choose from for beginners, some of them come with written or visual guides that will help users make the best musical beat the software can create, a beat maker such as Magix muse can cater to the needs of both beginners and pros.

What are the features to look out for when choosing the best beat making software?

There are a lot of things to look out for if you want to make a choice in this regard, you have to decide what type of music you want to make and if the software has all the tools that would make it possible, the virtual instruments you want must be a priority when looking for the best software.

You also have to consider Plug-ins, compatibility, and the overall quality of your records, this will help you gauge the best outcome for all your musical endeavors.

Paul is an online business owner that strongly believes in making money online and being a master of your time.

I'm an SEO Specialist from Nigeria.

I strongly believe in making money online and controlling your time.

Grammarly: This is a lifesaver because my English is never perfect, but Grammarly makes me sound like a native English writer.
→ Try Grammarly FREE

Start Blogging Blocks: My affiliate conversions increased when I started using their Pro blocks. Worth it.
→ Try SB Blocks for FREE